Below are photos of the finished Jacket and the Story behind the creation of this Jacket. 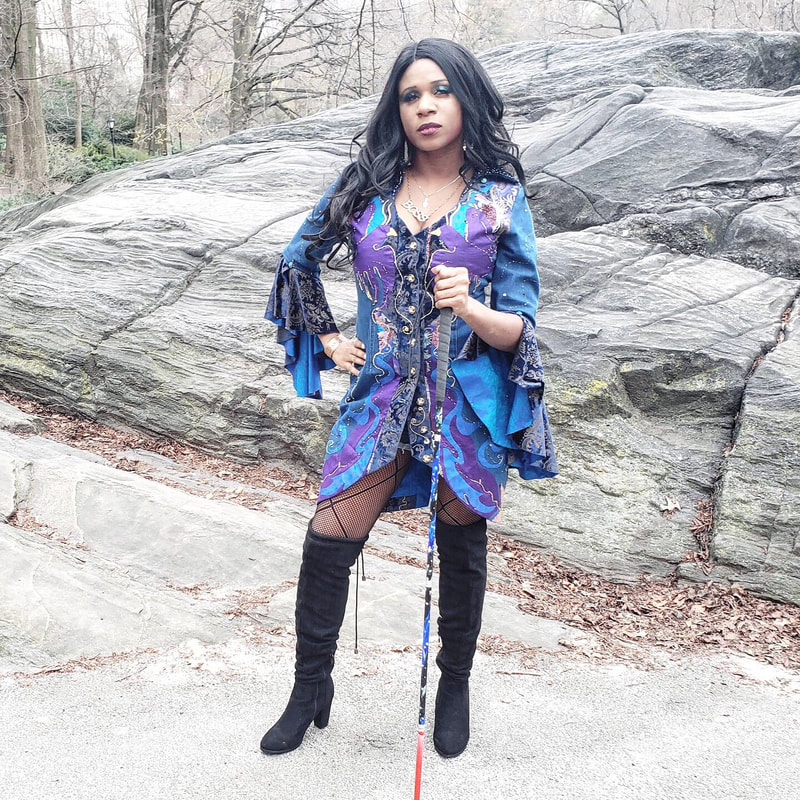 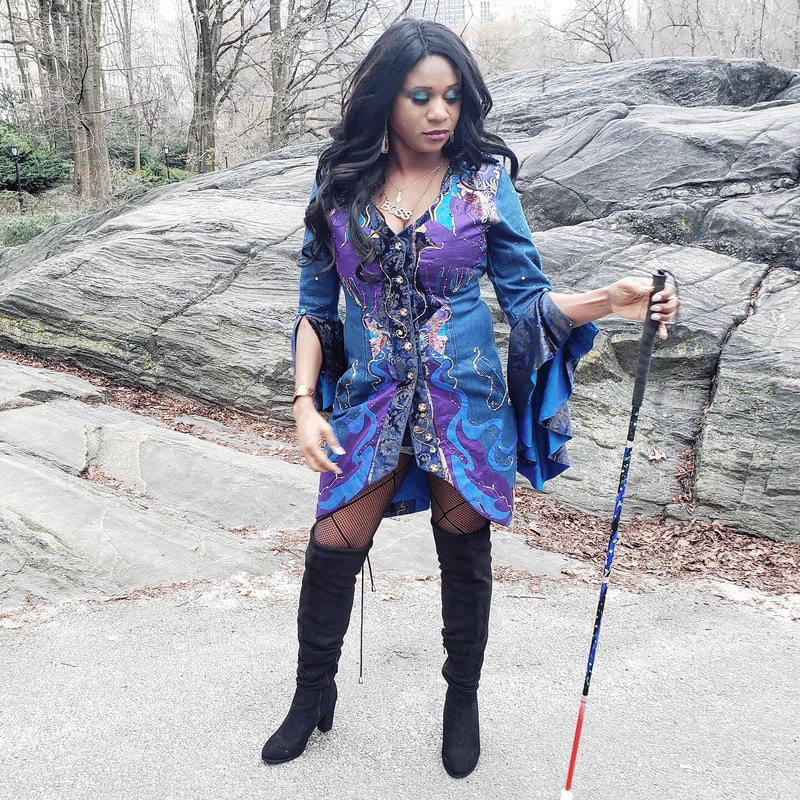 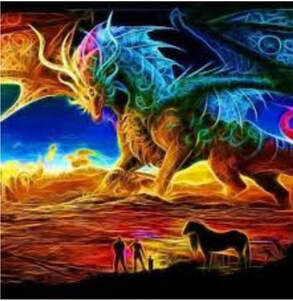 Click on this link to see Lachi performing for ReelAbilities  Film Festival NY  2021 wearing the Jacket!

The “Covid Comfort Jacket” because it was the thing that helped to keep me calm and not be  too sad during Covid. While working on it, I could move away from the pandemic and get into a world of color, shape, and texture.

This Jacket was going to be much simpler in my original idea, but as I got into it, that changed! I knew that this was a once in a lifetime garment that I would be making and I just let myself go with the design and embellishments!

I had made a contact with Lachi, through a Fashion Inclusion Group, who I wanted to make the Jacket for. Since she is in NYC, and I am in the East Bay, CA, I would not be able to do any fittings on her. To make that work, we chose an existing denim jacket for me to build on. Lachi had  photos taken of her in the Jacket before sending it to me. These photos were my point of reference as to how high or low that I could cut things and how the Jacket fit. Since the denim contained spandex, and the applique does not permit stretch, I had to try to compensate in how I fit some of the parts of the Jacket. This is the only time that I have not had the opportunity to have even 1 fitting on a garment the I was making or altering for a client. To my delight, I was told that it was “perfect” when it made it to Lachi!

For inspiration for the design, I was drawn to a particular song of the artist called “Dragon”. The part that personally had resonated with me and attracted me to this song is about walking in someone’s shadow, finding that you have one of your own, and building your own castle. There were also Dragons and Falcons in the song.  When I started researching Dragons and Falcons, I found that there were three important women in history that enjoyed Falconry - Queen Elizabeth I, Catherine the Great, and Mary Queen of Scots. When looking at the lush fabrics and the combinations of fabrics and textures in their clothing, I pulled out my stash of prize fabrics and began seeing what fabrics worked together.  Photos of the fabrics were sent to Lachi and we chose the fabrics for the Jacket’s applied design. Because it was during Covid, I decided to limit myself to what I had on hand. The only things I purchased was a small amount of hair canvas for the collar, and more gold metallic thread that was used for sewing the trims and beads onto the Jacket. 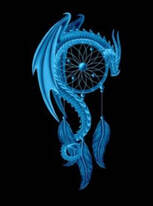 To explore shapes, I downloaded pictures of Dragons and Falcons and read up on them. Since the song “Dragon” was my inspiration for the Jacket design, I thought about how it is to get your own strength and what things are strong. I found it interesting that Peregrine Falcons can beat their wings 4x per second without fatiguing. Probably very handy to get to even small prey that they can see from 2 miles away at speeds up to 200 miles per hour. They are one of the noblest, and spectacular of all birds of prey.

Dragons symbolically  represent luck, power, and strength in the Chinese culture. According to the Romans and Greeks, Dragons had supernaural powers. I wanted the design to reflect the strength and power of the Dragon and the Falcon.

​Another influence for the design came out of Art Nouveau. The curvy Art Nouveau shapes also are reminiscent of the curvy shapes made by the Dragon tail that I saw in my research. The Art Nouveau period, at the turn of the century into the 1900’s, was the time of the Suffagettes - strong women fighting for the vote, and the right for women to own property(the place to build a castle of their own), There were four colors that they wore to identify themselves at events. I used two of them - purple (which, of course is my favorite color), which represented loyalty, and gold, which was chosen because of the sunflowers of Kansas, where Susan B. Anthony and Elizabeth Cady Stanton campaigned. I used a lot of gold throughout the Jacket in the gold trim, handstitching and embroidery, and beads. All beads are triple sewn with gold metallic thread, as is all the exposed handstitching and embroidery. 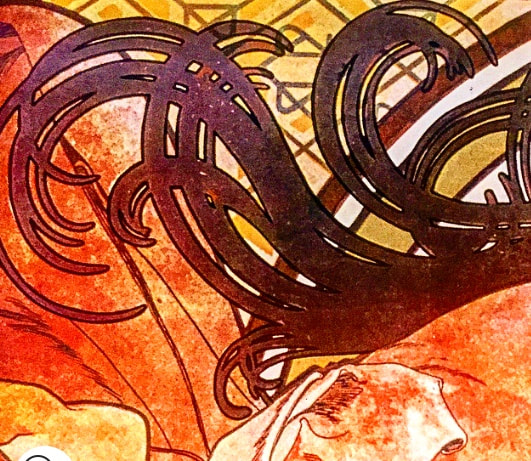 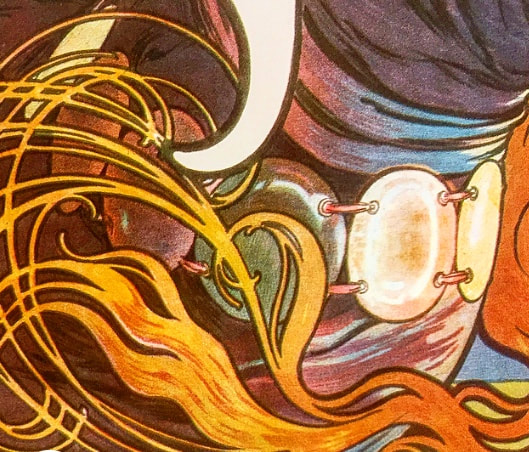 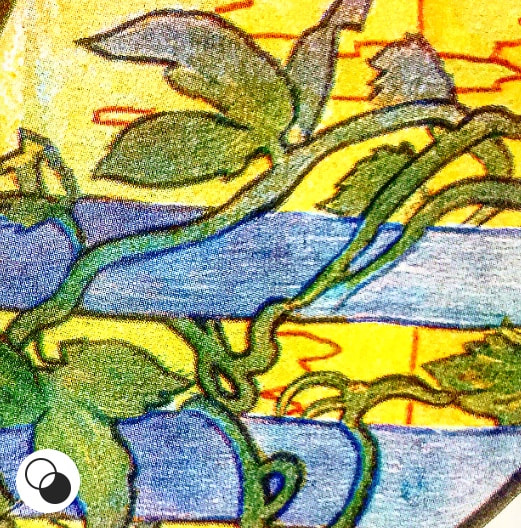 ​The design metaphor of the Jacket as representing, acknowledging, and supporting the power in our own being, (as in the power of a Dragon or Falcon) came out of the idea of differences having unity and strength. At first glance, the body and face tend to look the same, but with careful observation, it is obvious that there are differences that exist between one side of a body and face. It is the combination of the two different sides that complete the whole. Being accepting of our own bodily differences, and the differences between individuals, allows us to see the bigger picture and makes us stronger, giving a sense of unity. Although the Jacket at first look, seems to be the same side to side, as you look at it more closely, you can pick out the differences that make up the whole.  As we hear so much these days - “We are stronger together”.

Since this Jacket was designed for someone with limited vision, it opened me to thinking about incorporating a lot of texture into the design. The design can not only be visually seen, but also “seen’ by feeling the shapes created by the textures of the different fabrics used, the trims applied, the embroidery, and the beads sewn on. This is a concept that I want to incorporate into future designs.
​This jacket is dedicated to my Maternal Italian Grandmother, Filomena, who taught me to sew through osmosis! I was only 4 or 5 years old when she died, and I only knew her as being very ill, so we never sewed together.  I do remember loving when we could bring her downstairs into the backyard. I would undo her typical Italian hairstyle with braids that wrapped around her head, and brush her hair. We never really talked, as she never learned much English. Somehow in all that time in the sun with her, brushing her hair, she imparted to me the love of sewing that she had learned in fine sewing schools in Italy. In my whole extended family on my mother’s side, I am the only one that was interested in sewing. handstitching and embroidery. 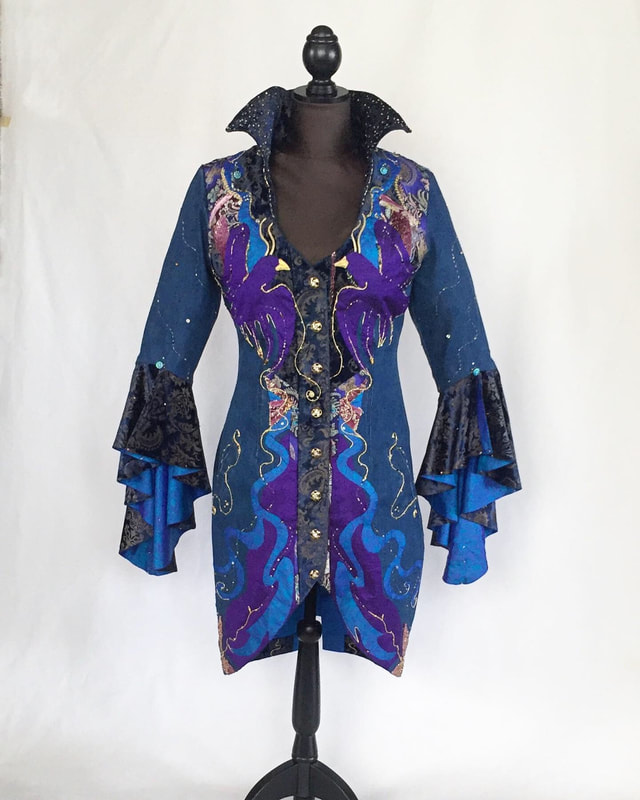 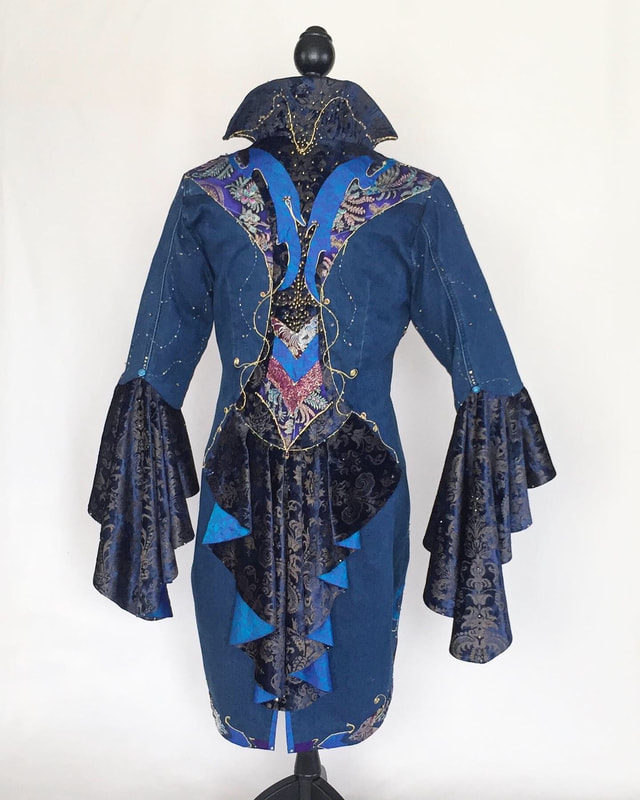 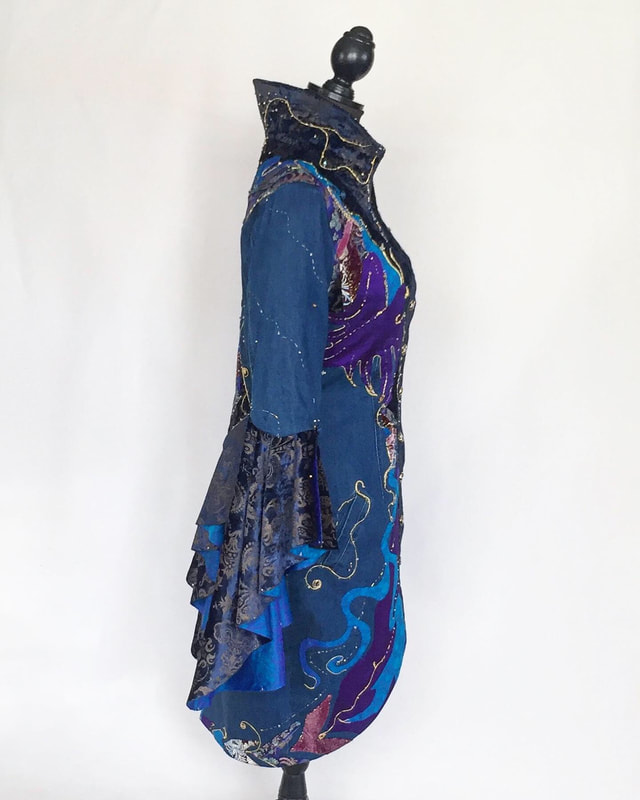 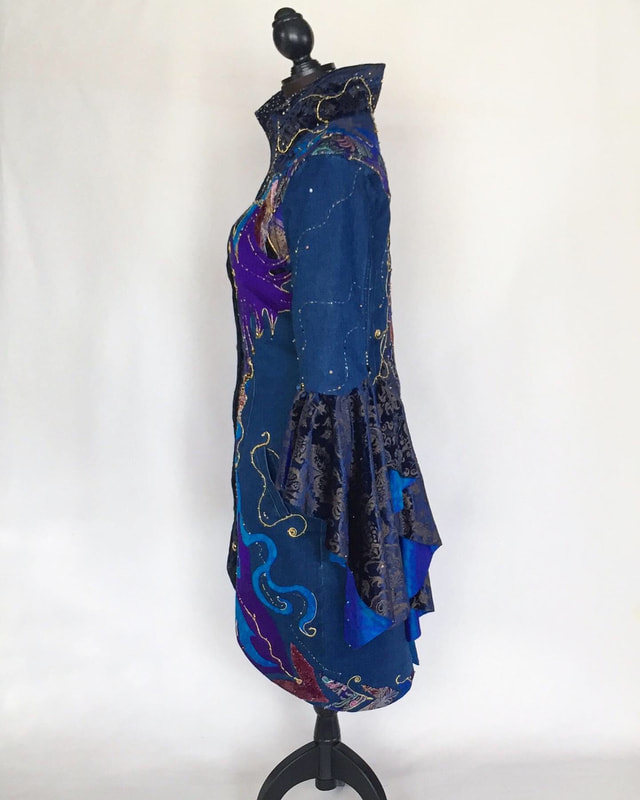